Stop buy and drop your children’s Christmas wish list. Pastor Blessing will pick 20 random children and meet their needs. All children will get a present. Drop your wish list at Southern Pediatric building between now and Wednesday at 6pm.

Exodus 15:26 reads, I the Lord am thy physician. The medicine He prescribes is His Word. We started a prayer progamme called sustained fire in the ministry. We will be praying daily from 11pm central time to about 12.30am. Praying fervent, hot prayers continually and on a daily basis will dem END_OF_DOCUMENT_TOKEN_TO_BE_REPLACED

This second book of the occupying force series “Sustained Fire” is about invading the camp of the enemy and recovering what he has stolen.This is a must read for anyone who wants to know how to gather ‘SUSTAINED FIRE for the intense warfare of this season. Do you want to learn how to fight and win from a seasoned warrior. Download your copy of this E-BOOK now.
Click Here to download your copy of this fire. book. 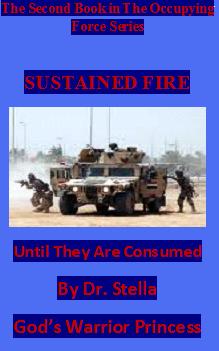 Witchcraft is rebellion. Its ramifications are numerous. Its effects are dire and deadly. Regardless of how its packages any form of it is bad. It causes major resistance to the gospel and untold sickness and hard ship in the lives of people. END_OF_DOCUMENT_TOKEN_TO_BE_REPLACED

“When your levee breaks –  How to pump the Junk out of your life”  is a training manual by itself.

I wrote this book out of my own journey with God, from getting saved to living a life of victory. When I initially confessed Christ, it was because I was going through a hard time. I did not come to God in repentance, so I continued to live in sin. It was like no one cared whether I was saved or not. There are many believers that are living in iniquity—they have never really come to the Cross where their sins get washed away. Like me at that time, they are church-going heathens or unsaved Christians. They are going through hell and no one cares for their souls. Like David said, their spirits are overwhelmed and they don’t know why things are not working. The devil has laid a snare for them, but they don’t know how to fight back and be victorious. END_OF_DOCUMENT_TOKEN_TO_BE_REPLACED

I don’t normally hold long conversations with strangers, but there was something intriguing about this character. He was dress to impress as they use to say back in the day, I couldn’t identify a flaw on him, from the slanted hat he don on his head, his dark shades, white silk suit, and snake skin boots. As he began to talk, his words was timely, he seem to know exactly how I was feeling at that moment, it had the taste of lemon and honey in the early morning hours. He was careful not to dwell on the topics that he somehow knew would cause me to become upset and end our conversation. I was taken by surprise by his in your face honest approach. He told me up front he was a thief, my first thoughts were “really!!”, he chucked, among many other things, he continued, as if he knew what my thoughts were.
END_OF_DOCUMENT_TOKEN_TO_BE_REPLACED